Wales go into the unknown when they face Korea in their opening clash of the World Rugby Cup Sevens in Cape Town tomorrow.

Not only will Wales be facing unfamiliar opposition, but they will be encountering a new format where they will have to win their opening game at Cape Town Stadium in a preliminary round to earn a second round clash against one of the hot favourites, Fiji.

“I guess that is why the World Cup is great to watch as a fan,” said Wales captain, Luke Treharne on the eve of the tournament.

“You get to see these matches which you’ll only see every couple of years. I’ve actually played Korea once in Hong Kong, so I’ve got a little bit of understanding of what they are bringing to the table.

“But in terms of preparation we’ve managed to get hold of some footage from the Asian series and see how they play but you can watch as much footage as possible – we’ve got a game plan ready to go but equally there is going to be a bit of working things out on the pitch as well.”

Despite losing Callum Williams due to an injury earlier in the week, Treharne said preparations had been going well since they arrived from Los Angeles where the last leg of the HSBC World Rugby Sevens series was held. 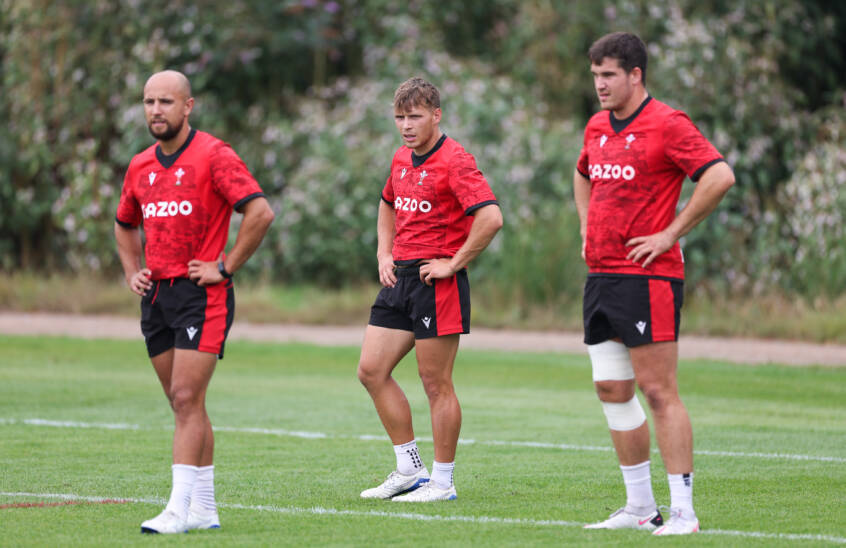 “The boys are really looking forward to the weekend, there are quite a few young boys in their first time being in a World Cup environment and have a handful of world series tournaments behind them, and then there are a couple of us like myself, Owen Jenkins and Morgan Williams who have played in previous World Cups and quite a few world series between us so there is quite a mixture but an exciting squad.”

This week’s World Cup concludes a long and often arduous campaign for Wales on the World Series where Richie Pugh’s side didn’t join the circuit until after the first four rounds.

“It’s been quite an up and down year,” admitted Treharne, “we obviously started the season not as Wales but as part of a GB program with the combined countries.

“Where other teams had two, maybe three or four tournaments to get their teams up and running post covid the majority of our squad wasn’t involved in that and that was probably the hardest thing for us as we were already on the back foot a little bit going into our first tournaments in Spain.

“But as you’ve seen as we’ve got more tournaments under our belts and the boys got back up to speed again, we were starting to play a lot better. It’s just unfortunate that the shortened season just ran out of a bit of time towards the end in terms of the league table, but we’ve definitely seen in the last tournament in LA that we have played our best rugby which is often the case with Wales Sevens.

“We have so many boys come in and then everyone needs at least four to six tournaments to get used to the format of sevens and the intensity and the way it is played at the highest level.” 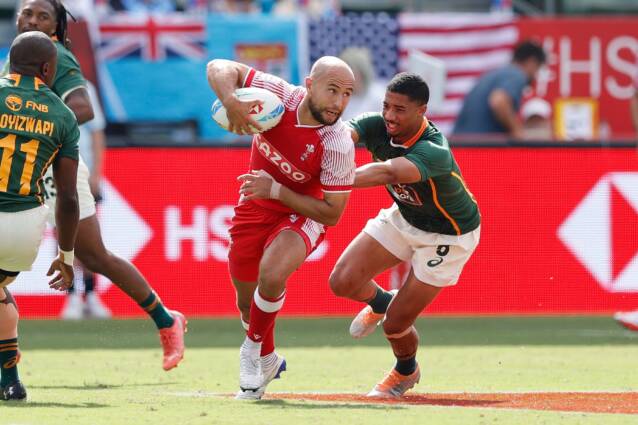 The highlight for Wales this year was securing a narrow but thoroughly deserved win against South Africa for just the third time in history two weeks ago in Los Angeles. It even made the mild-mannered Treharne cut loose with his emotions from him.

“It was incredible – I think it was the first time in 10 years since we beat them and the first time I have beaten them. We’d drawn with them once before and we had a chance to beat them in Twickenham one year and we missed the conversion, so we’ve come close but to get a win over such a strong team, particularly coming off the back of winning the Commonwealth Games, that was massive for us, so everyone was having a jump and scream after the game.

“We are often right in games unfortunately we often come out on the losing side so to get a win against such a big team was a massive reward for the effort the boys have put in this season. I was chuffed to have gotten over the line against such a big team and I think it’s only New Zealand who I haven’t beaten playing for Wales.”

During this season’s campaign, the 29-year-old Treharne became just the second person in Welsh history to gain a cap for making 50 appearances for his country.

“That was really cool, it’s not something you aim for when you start out – getting to play and putting the red jersey on once or 10 times is amazing. It kind of snuck up on me – I didn’t realize I had done it in the Commonwealth Games, but Pughie said I’d done it and they had got a cap for me. It was special to receive it off the boys and I’m quite lucky to get it in before the program goes towards GB. It’s a massive achievement which I’m proud of and something I’ll always look fondly back on,” he said.

Since making his debut on the Gold Coast in the 2014-15 series, Treharne has been leading a double life, as he has also qualified as a doctor, a feat which proved no easy task.

“It was fairly difficult; it took a fair bit of organizing between the rugby and the medical school,” he said. 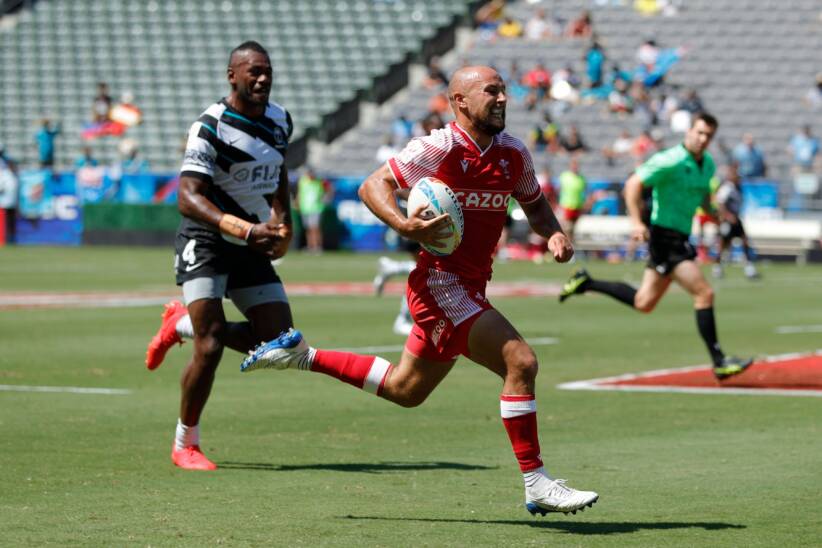 “A lot of meetings just to make sure people understood where I was going, whether I was missing something for a tournament or missing some rugby training to be in hospital but I’ve been lucky that each time I approached a conversation about the rugby or medical school they’ve always been happy to try and find something that works out so I could do both.

“It’s been tough to do but I’ve also had a lot of amazing people allowing me to miss certain things or helping me catch up on something and supporting me along the way. But it is something I’m glad I was able to do,” he said.

Treharne short term focus is repelling the challenge of Korea so he can have another crack at Fiji, always one of the crowd favorites at any tournament they compete in.

“We love playing Fiji, we always seem to draw them in these kinds of tournaments,” he said.

“We are not under-estimating the first game against Korea as that is going to be a big challenge but equally if we can get through that we will be fully prepped and rare to go in front of a packed crowd ready for Fiji in the afternoon .”

Even though this will be the last time Wales will play at the highest level before merging with the other home nations to form a GB team on the world series, Treharne has no thoughts of calling it quits just yet.

“I’ve absolutely loved it. I think most young players in Wales can put themselves in the same shoes when they were younger and wanted to pull on that red jersey. When I was probably a bit younger, I think everyone aims to go and play for the XV-a-side team but as 7s have grown bigger I think from the age of 16 or 17 I realized that it was the format of the game I was better suited to. 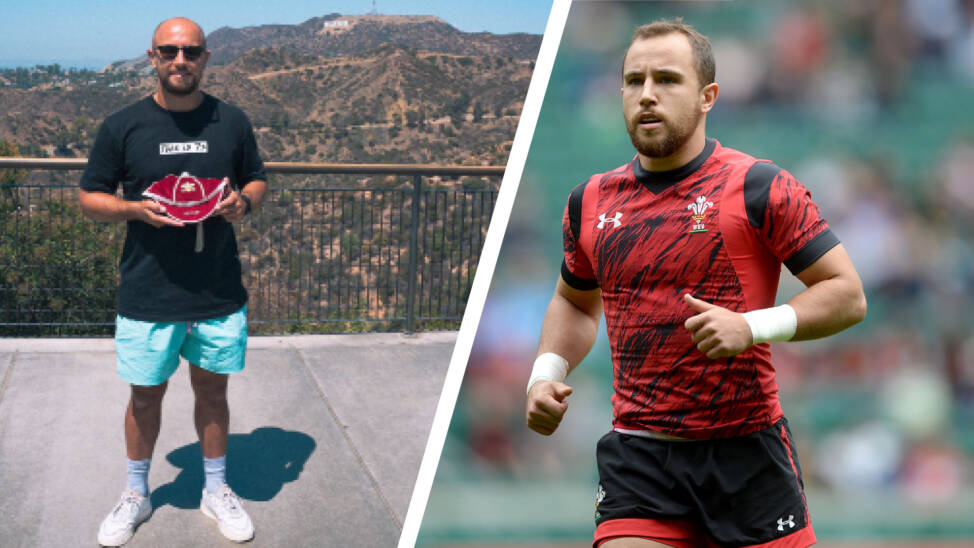 “It has offered me things like travel, meeting new people and going to new places playing a fast high tempo game. It was something I aimed for quite a while and to be able to do it as long as I have just been amazing and something I am very proud of and something I will always look back on.

“I always smile when I look at photos from my early tournaments and videos and things like that and it’s a journey I have absolutely loved. Hopefully it is not the end of my sevens journey, and I can carry on with GB.

“I’m 29 now and hoping to get a few more years out of myself playing rugby. The Olympics have always been a big aim for me. I went as a traveling reserve in Rio but didn’t get to play and then I missed out on the squad for Tokyo in the last Olympics. Two years to Paris will probably be one of the main things on my radar trying to put myself in a good position to get there.

“In terms of GB we haven’t heard much about it, I think post World Cup they’ll start the process rolling on that. I’d love to be involved, equally there are lots of younger players coming through now from the three home nations who would definitely be putting their hands up in contention for what is going to be limited contract status but I would love to be involved in that for at least another couple of years. And if not then probably looking at getting the medical studies back up and running.” 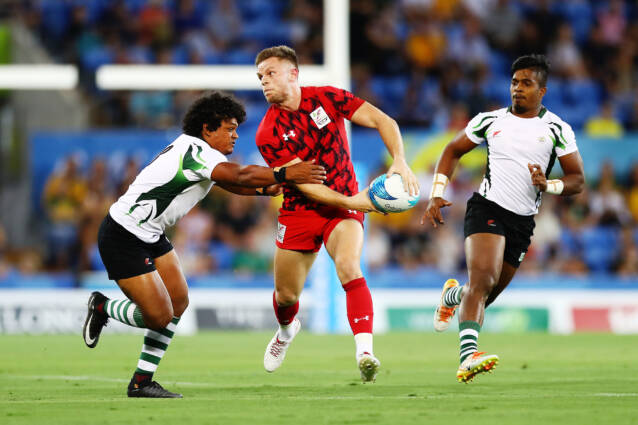 Treharne and his Welsh colleagues were shocked to hear the sad news that former teammate Ethan Davies has been diagnosed with non-Hodgkin lymphoma and urgently needs to find a matching blood stem cell donor.

“It’s obviously awful news for Ethan and his family. Probably one of the positives coming out of it is the reach it’s got on social media in trying to find donors. What was so pleasing for me when we were in Los Angeles lots of the other captains and other players from other teams were asking how Ethan was and was there any way they could help,” said Treharne.

“We’re really hoping that if it keeps going with the social media push and enough people sign up to be a donor we’ll be able to find someone who could be a donor for Ethan.

“Tremendously sad news, the boys have been talking about him for the last two or three weeks since it came out. He was an amazing player when he was on the sevens circuit, I played quite a few years with him and we were roomies for a lot of it so we will definitely be thinking about him going into the weekend.”