STUART PEARCE: English football has come on leaps and bounds since the start of the Premier League,

STUART PEARCE: English football has come on leaps and bounds since the start of the Premier League, and our national team is stronger as a result

By Stuart Pearce For The Mail On Sunday

Football was a dangerous, violent place in the 1970s — and the 1980s were a bit better but not by much. I remember going to the World Cup in Italy in 1990 and some MPs wanted England kicked out because of crowd hooliganism.

That kind of behavior has largely gone now and the Premier League has been a big part of that, but sometimes you don’t realize how much has changed until you look back.

Whenever I look at old photos of myself during my playing days, the stands in the background are pretty empty. We can all look back with rose-tinted glasses. I have to check people at times when they tell me things were ‘so good in the 80s’. I started playing in the 70s as a non-League player and I have to say you’re a little bit disappointed if you think they were the good times.

Football has changed for the better. The Hillsborough disaster, in which fans were crushed to death in the FA Cup semi-final between Liverpool and Nottingham Forest, was an important pre-runner to it all, after which grounds were made much safer. So, too, was Italia 90, which helped to make football even more popular.

Nowadays people flock to see English football from foreign shores. Stadiums are full. The Premier League turned our national game into a global product. The league attracts the best players in the world, some of whom I have had the opportunity to coach. They all want to come and play in the Premier League.

In many ways, it’s become a new showbiz. Footballers are up there with film and rock stars, and that’s because of the worldwide appeal of our national game. That has to be a good thing.

That’s what the Premier League offers — the chance to see Mo Salah and Erling Haaland play. Haaland wanted to come here from Germany’s Bundesliga. I covered the Community Shield on Saturday and was excited to see him.

Finances aside, it’s a great time to be a Premier League footballer. The quality of the training grounds, the quality of the coaching, the quality of the analysis, the medical staff, everything has improved from my playing days. If you’re a player today, you have the opportunity to be the best you possibly can be. I’m not sure that was the case when I was playing.

Thirty years ago, I don’t think anyone really knew what impact the Premier League would have. We knew it would improve the game generally but I would be lying if I said I knew the English game would go on to see a player on £500,000 a week. 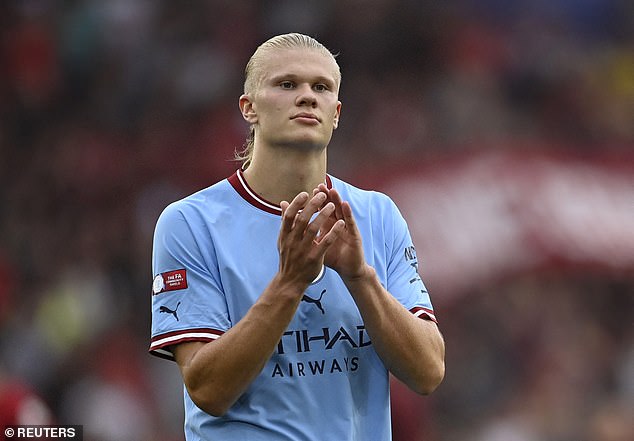 The finances are a by-product of football. That’s something people use at times to have a pop at the Premier League but there are so many plusses that have come out of it, not to mention the television coverage and the ability to watch your team as often as you can.

Our national team wouldn’t be as strong had the Premier League not been formed. People said to me that the influx of foreign players coming to play in England would be to the detriment of our own. I’ve never seen it that way, I saw it as an enhancement. The professionalism that certain foreign managers and players have brought has improved our homegrown talent.

When I pulled on the England shirt for the first time against Brazil, I think Mirandinha was the only one of their side who played in England — for Newcastle. Now, English players have nothing to fear because they play against international players every week.

The Premier League is an incredible product that seems to be growing and growing. Where it will end up in the next 30 years, who knows?