‘Face of the Linebacker Position.’ Vote!

We’re still gearing up for the season and you are most likely stuck between queuing up last year’s Rose Bowl victory over Utah on the DVR for the umpteenth time, reading rankings and listicles that include Ohio State, and yearning for the start of the college football season.

Sounds like a perfect time to continue the series we’ve embarked upon here at Buckeyes Wire. We call it the “Face of the Position,” and it’s really exactly as it sounds. When you think of a position group at Ohio State, who do you think of? From quarterback to linebacker, to placekicker and beyond, OSU has some of the most iconic and historical college football players that have taken their place among the best in the game.

However, one player stands out above all else when you shroud them behind the colors of scarlet and gray, and that’s where we are going to ask for your assistance.

As we get ready for the start of the season, we’ll keep going through these until you identify a winner by vote.

We’ve already looked at the quarterback position, running backs, wide receivers, offensive linemen, tight ends, defensive tackles, and defensive ends. It’s now time to move to the defensive side of the ball and start with an underrated defensive tackle position.

We’ll keep voting up for three days, and at the end of it, we’ll reveal the winner of each. Make sure you scroll to the bottom to cast your vote from the nominees in a Twitter poll and feel free to write in a candidate if you think of another player.

Woody Hayes called him the best linebacker he ever coached. The leader of the Buckeye defense in the early 70’s, Gradishar earned All-American honors in 1972 and 1973 – when he was a unanimous selection. He was especially impressive in his final season in Columbus, recording 134 tackles, highlighted by a 23-tackle performance in a 27-3 win over Washington State. As a result of his stellar play from him, he finished sixth in the Heisman Trophy voting, four spots behind OSU tackle John Hicks.

He was every bit as successful in the NFL. Gradishar played ten seasons in the league – all with the Denver Broncos – earning a spot in the Pro-Bowl seven times. He finished his career with 2,049 tackles and 20 interceptions, while capturing NFL Defensive Player of the Year honors in 1978. 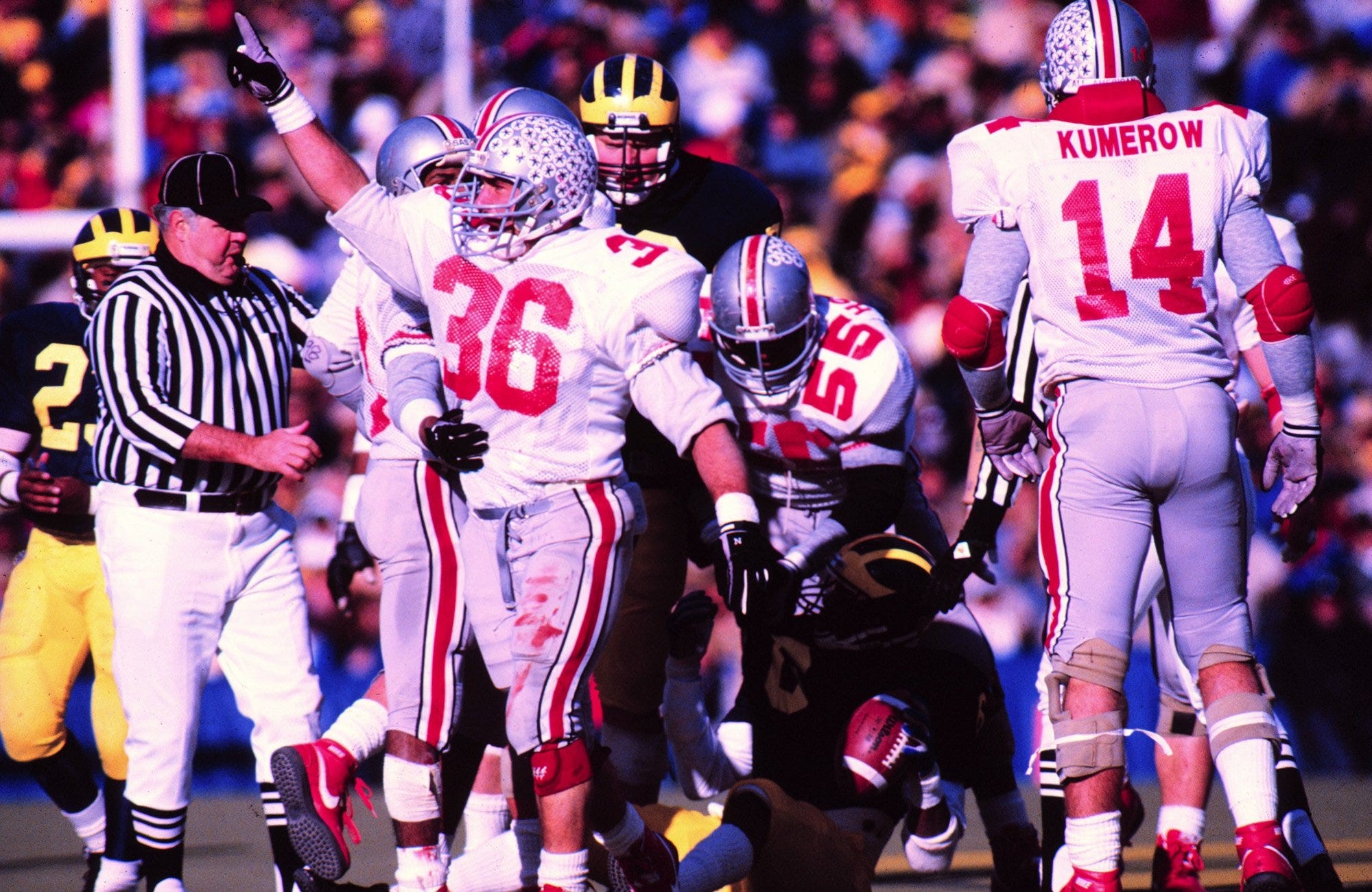 What defense doesn’t need a guy that can do it all? A two-time All-American, Spielman definitely falls into that category. While he certainly got the job done against the run, Spielman also excelled in pass coverage, picking off 11 passes in his career – including six in 1986. The following year, he won the Lombardi Trophy, which is awarded annually to the best lineman/ linebacker in the nation.

As great as Spielman was at Ohio State, he’s better known for what he accomplished as a member of the Detroit Lions. During his successful career with the Lions, he made it to four Pro Bowls and guided the team to the playoffs four times. He set the franchise record for tackles in a season (148 in 1997) and is still the team’s all-time leading tackler. 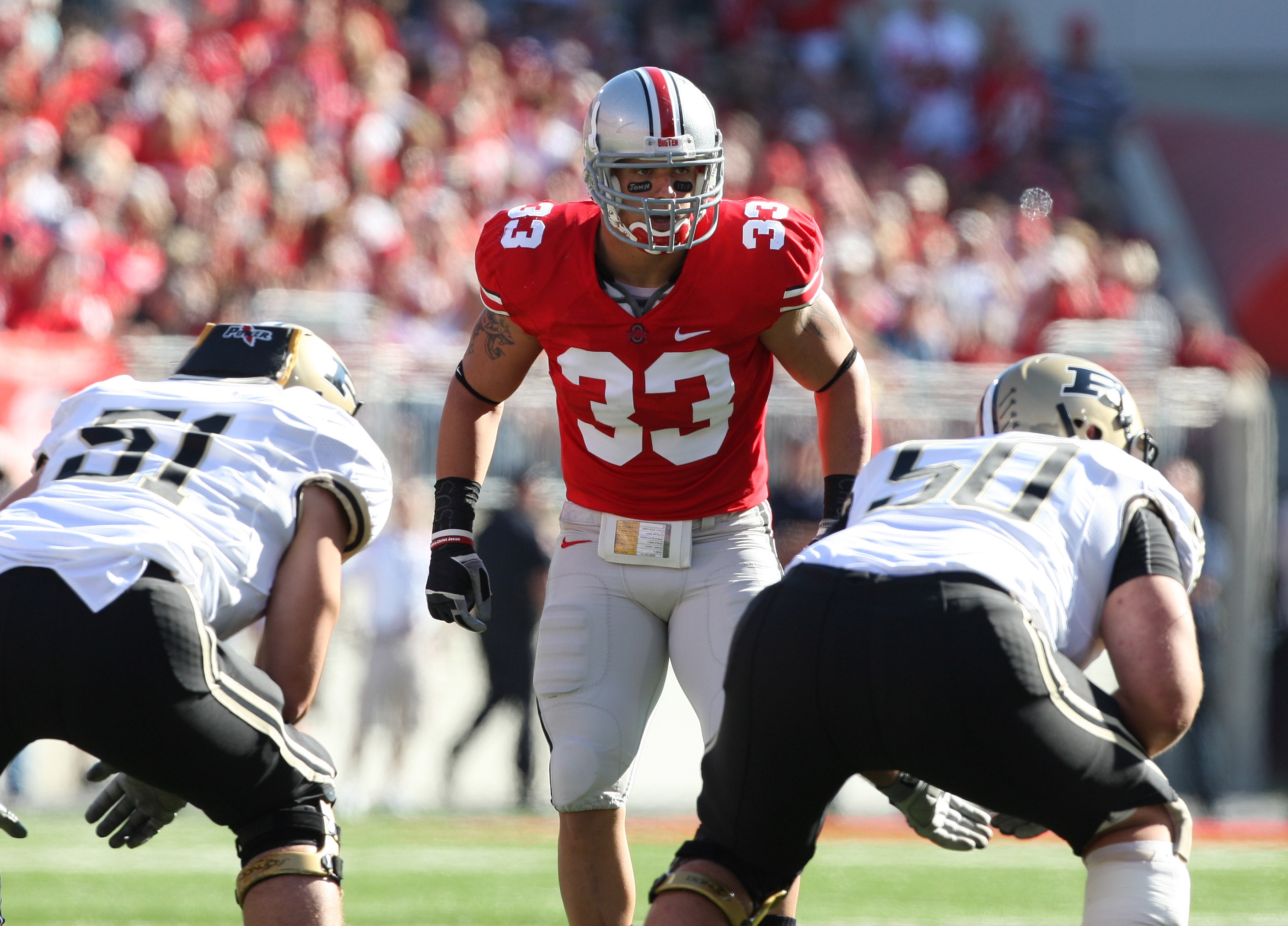 The only Buckeye linebacker to accomplish the rare trifecta of being named an All-American three times was James Laurinaitis.

That might surprise some, but not everyone. After all, Laurinaitis won the Bronco Nagurski Award (best defensive player) in 2006, the Butkus Award (best linebacker) in 2007, and the Lott Impact Trophy in 2008. In addition, he won the Big Ten Defensive Player of the Year award twice .

Although he wasn’t as successful as he was in the college ranks, Laurinaitis had a solid pro career. I have played eight years in the NFL, starting 115 games during that span. He has recorded 100 or more tackles in seven of his eight seasons and became a captain for the Rams in 2012. 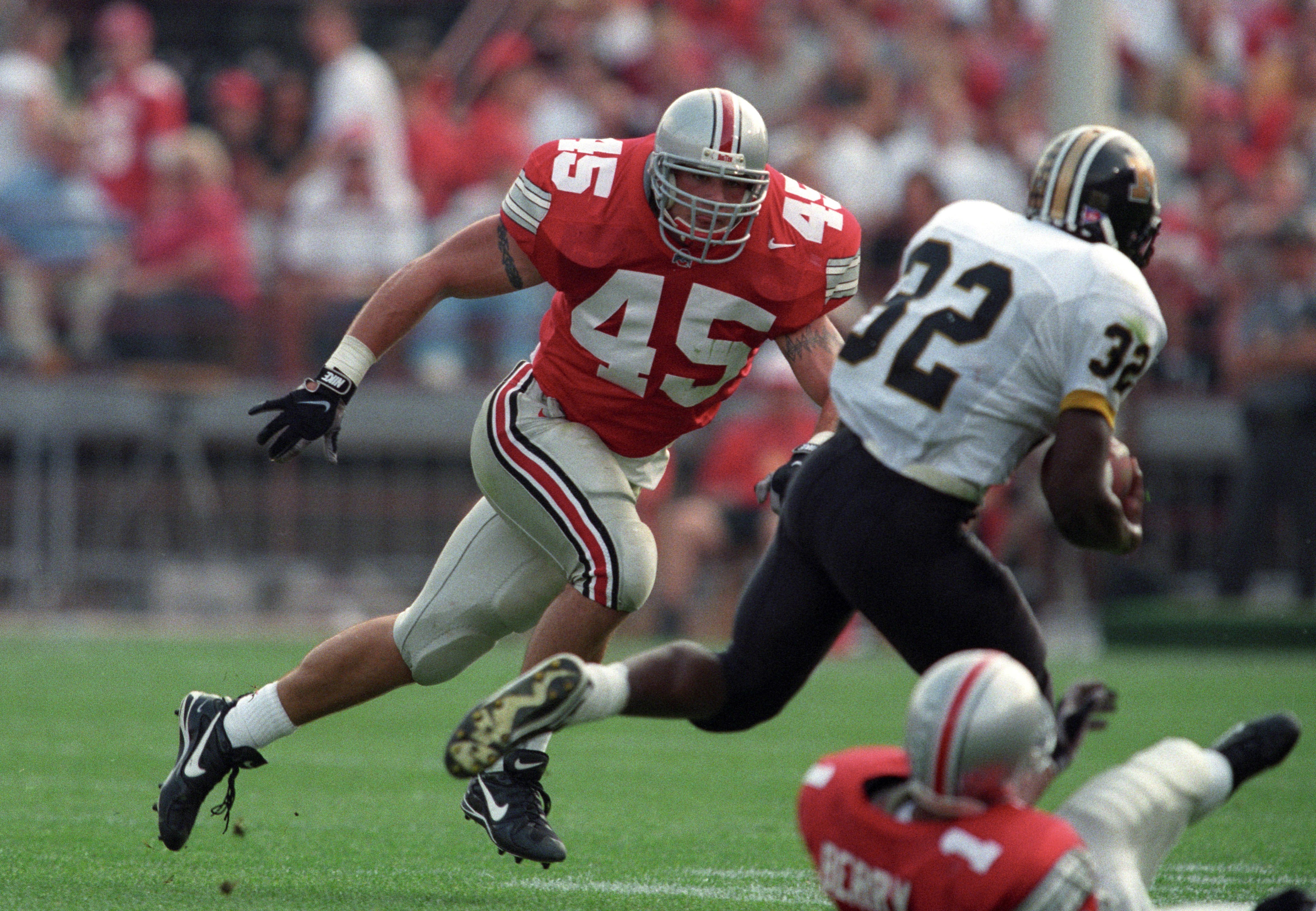 The “Big Kat” was an athletic freak with size and speed that would still play well in today’s game. He made an immediate impact as a freshman and eventually won the Butkus Award and became a consensus All-American in 1997. He was also named to the first-team All-Big Ten squad each of his three years in Columbus.

He was so good, that Archie Griffin agreed to let him wear the “retired” No. 45 during his career. Katzenmoyer was also named to OSU’s All-Century team.